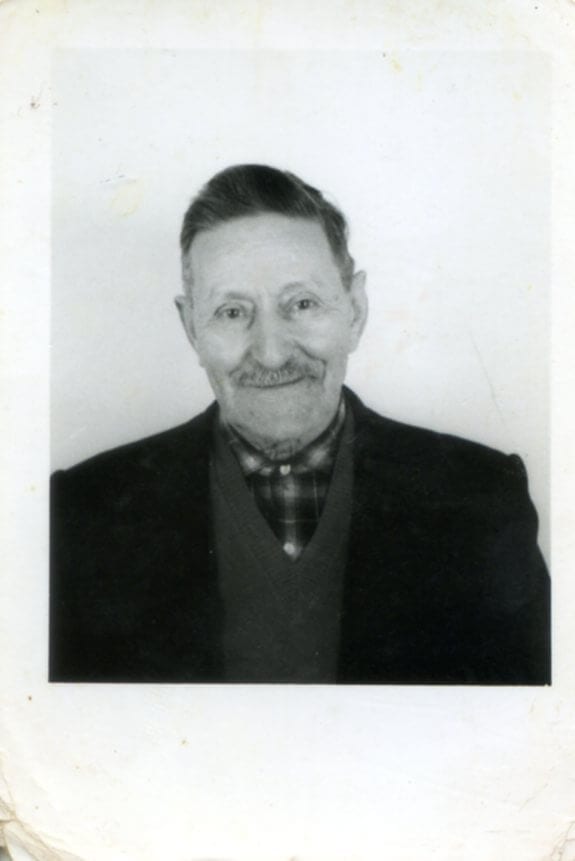 [vc_row][vc_column][vc_column_text]Grandfather Aldè ‘was born January 6, 1888 the day of Epiphany by Emilio Triglia and Isolina.Emilio had three children, Alderigo (grandfather Alde ‘), and Maria Santina; unfortunately Emilio Triglia passed away at the age ‘of 44 years and Alderigo at age 14 had to take the reins of the family.His father was a merchant and dedicated to the production of cold cuts. 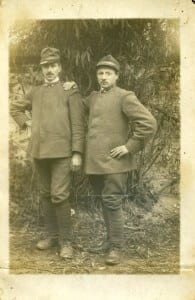 Alderico was called to military service and went in the army in the 1st World War 1915/1918; fù adorned as a Knight of Vittorio Veneto and in the army he was wounded twice; once with a very close bullet to the heart and once in the head, on the latter occasion was abandoned in the battlefield because it believed dead, awoke after three days and was able alone to go to the military.
The Aldè, as everyone called him, is remembered with respect and affection by the villagers, as a man of exceptional intelligence and heart.

He knew how to help economically Gombitelli many families, because the country has a workshop where he kept all kinds of food, and more (then the country workshops held around).
Imparted to the young French lessons, grammar, math and other things, had a passion for writing, composing comedies for the country, he wrote jokes, it was really a brilliant man and especially loved his countrymen.
In the tiny village of Gombitelli they came from all the villages of the “Semiglia”, from Lucca, Camaiore etc … to buy the Mullet meats, held ever since the delicacies.
A curiosity: Semiglia is so ‘called the area near Gombitelli, because in Valpromaro was resting horses and mules, for rifocillazione, the coupling and uncoupling of freight wagons which were used for trade: there were 6 miles from Valpromaro in Lucca and 6 miles from Valpromaro in Camaiore, for this same distance of the two places that territory was called “Seimiglia”.
The pigs were bred in part to the White House, mountain resort near Gombitelli and partly purchased outside the country and transported by mule along the mule tracks. 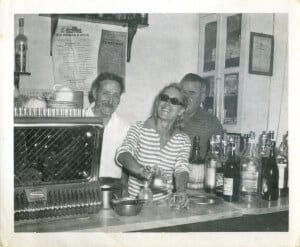 Grandfather Aldè along bridleways making several trips a day, getting up before dawn (at least three trips); leg loaded the meats to be sold and to return everything he needed for the shop and its Gombitelli bar.

Aldè never complained of fatigue, was a solar man with an extraordinary physical strength; the villagers tell of seeing him drink from the bottle of wine from the carboy “naturally a sip” (garganella term used dialectically in Tuscany), to be able to drink like that was required incredible strength.

Slaughtering pigs occurred in late autumn and also lasted in the winter months, the pigs coming from the White House led them to shoulder in the country, (Gombitelli) at local adebiti to pork processing.

It is said that the guts that were used were washed on to the casing at streams with cool water (gloves were not used at the time of course).

The Mullet family even then produced a good range of cold meats, as we know the pig does not throw anything away (still today is so), biroldo and brawn were made with the less noble as: rind, head, tongue, heart, ears and fat.

The bacon was always consumed as food poor, and was kept in salt, that rolled (Heart of Lard) was hung remaining in that most ‘gentle way than lying and not rancid, obtained a really good preservation. “The Heart of and Lard ‘today a showpiece of Mullet Cold Cuts “; Then there was the lard extracted from fat of the pig as the “sciugna” so ‘call; lard was useful for frying many foods and for the maintenance of previously dried sausages made in bigonge and covered with lard; in that way they could be consumed throughout the rest of the year.

Salami nostrale now as then, and ‘a typical product of Gombitelli and well known in Camaiore Lucca and throughout the Versilia.

Ham Penitent: it was hams that for some reason they could not take the salt, then were left longer to rest in metati and according to the taste then recovered as the most ‘tasty hams were considered valuable because being more savory did pottage.

What makes the excellent Mullet Gombitelli Salami was and is certainly the particular microclimate of the place, the right height, ventilation and away from the sea just enough.

The Mullet family that is an expert in charcuterie since 1797 time when we remember our closest ancestors and almost certainly very much back in time.

In the small village still you live a unique and special, the village and ‘block and is reached along a winding road, paved now rising through forests of pine and chestnut trees, offering views that range to the sea and the air is pristine . 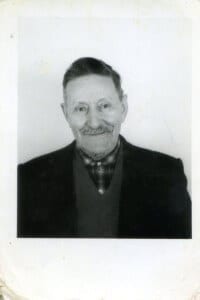 The village with lanterns in wrought iron (famous wrought iron Gombitelli) in the evening turns into a fairy land, able to tell us even today the experience of distant times and true stories of exceptional people like Aldè …. that even today the villagers remembered with enthusiasm and affection, of course most of them are on the years (many of them were little more ‘than children at the time); Grandpa Aldè is always in the hearts of Emilio and Alderigo grandchildren and great-grandchildren Mauro, Tatiana, Denni and Alessandro.

Salumificio still Triglia then as now continues in the production of sausages with great passion and commitment.

Take them on our tables mean taste genuine and pristine flavors just like air Gombitelli.[/vc_column_text][/vc_column][/vc_row]